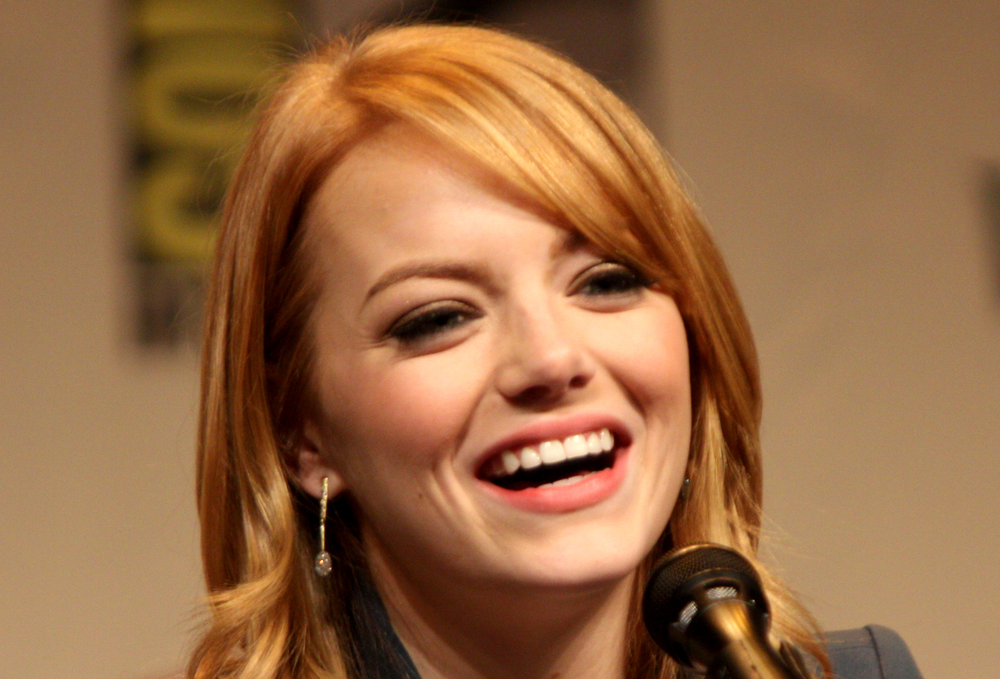 Yes, of course Spider-Man is a romantic-comedy. You must have thought it was about a comic book character or something. How naïve. For future reference, the presence of Emma Stone, the new Queen of Romantic Comedy (as anointed by me), is a dead giveaway.

Now, technically Spider-Man is a rom-com hybrid—according to the definition laid down by Billy Mernit, the man who actually wrote the book on romantic comedies. That is, the romantic-comedy component of the plot is secondary; the central question of the movie is not “Will these two people end up together?” Still, the romance between Peter Parker and Gwen Stacy forms a vital part of the story, and more importantly, it both amuses the viewer and satisfies as a narrative.

Sadly, scoring well in both those categories puts Spider-Man out in front of nearly all other so-called “romantic comedies” produced in recent years. When pressed to name a “good” romantic comedy—one that has a strong story and actually makes people laugh—I usually cite Knocked Up… which hit theaters in 2007. While I’m sure other funny, well-written romatic comedies have debuted since then (one thinks of Bridesmaids, another rom-com hybrid1), the fact that my mind most easily flits back to a film from five years ago should concern fans of the genre. I mean, even referring to it as a “film” without being technically incorrect communicates a certain temporal distance.

The fact is, the landscape of modern romantic comedy looks pretty barren. Most rom-coms fail on one or both of the aforementioned metrics—usually both; the stereotypical, predictable, trope-filled, Katherine Heigl-starring2, barely-clinging-to-reality-by-its-long-fake-fingernails romantic comedy typically provides almost zero laughs and makes almost zero sense. Even some semi-recent movies I have enjoyed (usually more than they deserved) tended to rely on tired plot obstacles that real people could easily overcome by sitting down and having an adult conversation. Moreover, the rare funny rom-com—such as 2011’s Friends With Benefits—tends to turn serious about two-thirds of the way in to focus on the disintegrating relations between the main characters, thus removing comedy and believability simultaneously. Alternatively, comedy stays alive throughout by burning rapidly through the fuel of reality, leaving the viewer dissatisfied by a resolution that feels contrived rather than earned. Couples Retreat, I’m looking at you.

I recently wrote the origin story of my love affair with romantic comedies (and feminism), and I’ve since been wondering whether the genre’s persistent detachment from reality may result from persistent attachment to the tone and sensibility of the movies I grew up watching: musicals and rom-coms of the 30s and 40s. If that sounds far-fetched, consider the following list of similarities: meet-cutes, fast-paced “witty” (rather than actually funny) dialogue, wealthier-than-average protagonists, traditional gender roles (except when subverted for effect), heightened sense of reality, overuse of coincidence to progress the plot, and a telescoped timeline that allows people to meet, fall in love, fight, split up, pine, and reunite within the space of a few days or weeks.

Of course, the romantic comedies of the 30s and 40s were actually laugh-out-loud funny in their day, not merely chuckle-worthy. And current rom-com writers are not directly copying the format; as someone who recently shot a movie that did attempt a fairly literal homage to 1930s filmmaking, I could hardly complain if they did. Rather, contemporary romantic comedies appear to be attempting a translation of the style into modern vernacular instead of inventing their own cinematic conventions.

We do get the occasional exception, like last year’s Friends With Kids, a grounded, genuine offering from Jennifer Westfeldt about two platonic friends who decide to have a baby together without getting married. Naturally, the plot centers around whether they will, despite their ill-laid plans, eventually end up together.3 While really more of a dramedy, the movie is funny when it tries to be, and more importantly, no one makes decisions for unbelievable reasons, the plot does not hinge on coincidence, and for the most part the characters act like sane—albeit flawed—adults. Right up until the last scene, that is; see this post by Dianna E. Anderson for a (spoiler-laden) analysis of the rape-culture-driven denouement. Despite this and other more minor flaws, though, Friends With Kids tells a somewhat satisfying romantic story that made my wife and me laugh.

Or consider Newlyweds, also from 2011. Written and directed by Edward Burns, an ardent admirer of Woody Allen—of whom I am not a fan—the story follows a couple, both on their second marriage, as they weather the adversities of two different family crises. While not to my comedic taste, the movie—shot on DSLRs for a production budget of \$9000—found success among its target audience, being well-done for its subgenre (awkward faux-documentary). It, too, featured very authentic-feeling characters and relationships and never relied on blatant stupidity or coincidence to drive the story.

Both Newlyweds and Friends With Kids were independently-produced films, although the latter had a substantially larger budget than the former. And therein may lie the secret to believable, relatable, genuinely (in both senses) funny romantic comedies. The major studios, even when they consent to produce a movie not based on some popular, pre-existing property, have developed a severe allergy to ideas that are not “high-concept” and hyperreal. While some might classify Friends With Kids as high-concept, Newlyweds is certainly not, and neither premise is executed in the heightened style upon which Hollywood insists. Filmmakers who aim to produce literal comedies that are literally romantic may increasingly find themselves turning to independent financing for the artistic liberty required to tell those stories.

I do realize that I am simply engaging in the kind of doomsday hand-wringing typical of not only rom-com fans but nearly all cinephiles. Claiming the indie film scene has cornered the market on quality is so common that it is now bleeding over into the general populace, along with bemoaning the absence of original ideas left in Hollywood, which I also did not five sentences ago. Every now and then the movie industry does surprise us with a Bridesmaids or a He’s Just Not That Into You—another genuinely funny romantic comedy (with a little tragedy mixed in)—but for the most part the near decade-long doomsaying of romantic-comedy lovers has not proven false. Good rom-coms are dying out, and even the crappy ones rarely perform well at the box office. If we want to keep the genre not only alive but healthy, we may need to reboot it back to its origins—small, cheaply-made, character- and dialogue-driven love stories that provide both escapism and familiarity—without adhering to the tone and cinematic style of a bygone era.