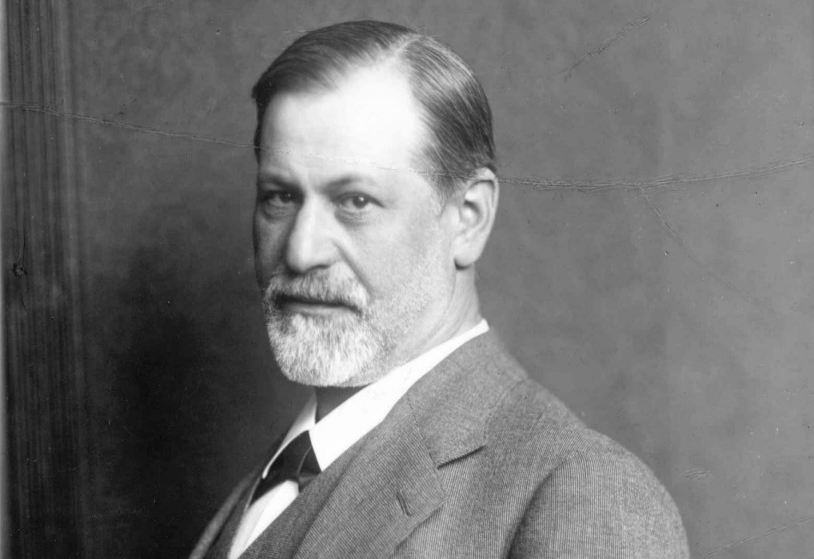 ♀ The Sexual Solipsism of Sigmund Freud

This is the fifth post in my chapter-by-chapter analysis of The Feminine Mystique, as I read the book for the first time in an effort to educate myself about the roots of modern feminism. You can read the other posts here.

Because most of my friends and family do not identify as feminists, I occasionally have conversations about gender-normative behavior or gender stereotypes. I’m sure you know the kind I mean—statements like “Women shouldn’t be in positions of power because they’re too emotional, not rational”, “Women are more nurturing, so that’s why it makes sense for them to be the primary caregivers”, “Women are more monogamous than men because ”, or even “Men and women don’t like the same movies because girls like gooey romantic movies and men only like action!” I try not to be that person who constantly corrects people when they make anti-feminist remarks, but in appropriate settings, I say what I think.

People find stereotypes seductive and hard to ignore because stereotypes nearly always have a bit of truth at their core. To take one example from above, women probably do, as a group, tend to prefer romances or dramas—essentially, relationship-based movies—more than men. But even when the kernel of truth is obvious to nearly everyone, most people still make the mistake of assuming it represents a characteristic innate to that particular gender, ignoring the possibility that cultural norms and expectations drive that particular behavior.

In chapter 5 of The Feminine Mystique, “The Sexual Solipsism of Sigmund Freud”, Betty Friedan attributes this very mistake to the titular psychologist. Despite his many insights, she contends that Freud’s theories about sexual differences essentialized cultural norms. In turn, gender traditionalists of the 1940s used a distilled version of Freudianism to reinforce the standards of their day, as women felt unqualified to argue with the findings of a revered scientist.

Friedan acknowledges Freud’s gifts and accomplishments, but he was a product of his day, and he reflected the beliefs and cultural expectations thereof. For example, although he married a strong, capable woman, he infantilized her and did not consider her his intellectual equal. Friedan quotes from one of his letters to Martha:

“You are far too soft, and this is something I have got to correct, for what one of us does will also be charged to the other’s account. You are my precious little woman, and even if you make a mistake, you are none the less so… But you know all this, my sweet child….” (Friedan, Betty, The Feminine Mystique. Norton & Company, 1997, p. 110)

Freud expected that women would be happiest and most well-adjusted if they resigned themselves to relative inactivity, being content to serve their husbands or fathers and bear children. If they harbored ambitions outside this role, they would develop neuroses and require therapy. In the Victorian era, this was actually true. Women had little opportunity to shed socially-imposed functions, so any desire to deviate led to frustration. Freud made the mistake of universalizing this fact, attributing female frustration at such limitations to the inherent nature of women and labeling this frustration “penis envy”. (118)

Freud’s theory of penis envy is probably too nuanced to discuss thoroughly in this venue, but here is a somewhat reductive summary: The first time a young girl sees a penis, she realizes its superiority to her own anatomy and desires to have a penis for herself. Whenever, then, a woman behaves as one would expect a man to behave, or displays the ambitions of a man, this subconscious desire for a penis is at the root of that behavior. Friedan quotes from Freud’s lecture “The Psychology of Women”:

“That the girl recognizes the fact that she lacks a penis does not mean that she accepts it absence lightly. On the contrary, she clings for a long time to the desire to get something like it, and believes in that possibility for an extraordinary number of years; and even at a time when her knowlege of reality has long since led her to abandon the fulfillment of this desire as being quite unattainable, analysis proves that it still persists in the unconscious, and retains a considerable charge of energy. The desire after all to obtain the penis for which she so much longs may even contribute to the motives that impel a grown-up woman to come to analysis, and what she quite reasonably expects to get from analysis, such as the capacity to pursue an intellectual career, can often be recognized as a sublimated modification of this repressed wish.” (115)

We now know that Freud had it backwards. Women have ambition because growth is a human need, and they felt envy—conscious or subconscious—toward men because society in both Freud’s and Friedan’s day prevented them from fulfilling this need. Penis envy, if it exists, is the result, not the cause, of women being treated as inferior and having their needs subjugated to men. If women had penises (that is, if they were men), they could do as men do: learn, grow, accomplish, change the world.

Victorian culture gave women many reasons to envy men: the same conditions, in fact, that the feminists fought against.1 If a woman who was denied the freedom, the status and the pleasures that men enjoyed wished secretly that she could have these things, in the shorthand of the dream, she might wish herself a man and see herself with that one thing which made men unequivocally different—the penis. (117)

Freud knew his limits (to an extent) and believed that after his death his adherents would critique his work, discarding anything that did not hold up to scrutiny. Actually, the opposite occurred, in the short term. Freud’s followers grew more rigid and dogmatic, conforming observation to theory, not vice versa. (120) Thus, while science began to demonstrate that females were in no way inferior to males except by the measure of physical strength, Freudians, now pervading mainstream thought, continued to find women unsuited to a life of equality with men. (118) Reducing Freud’s theories to a few bullet points, the culture of the day codified penis envy into a prescription rather than a description:

It was as if Freud’s Victorian image of woman became more real than the twentieth-century women to whom it was applied. Freud’s theory of femininity was seized in America with such literalness that women today were considered no different than Victorian women. The real injustices life held for women a century ago, were dismissed as mere rationalizations of penis envy. And the real opportunities life offered to women now, compared to women then, were forbidden in the name of penis envy. (119)

Evidence against this rigid application of Freudianism began to pile up, even among psychoanalysts, who found it more and more difficult to apply Freud’s ideas to real-life women. Friedan interviews one of the last remaining analysts to have trained at Freud’s Psychoanalytic Institute:

“I had a woman patient on the couch for nearly two years before I could face her real problem—that it was not enough for her to be just a housewife and mother. One day she had a dream that she was teaching a class. I could not dismiss the powerful yearning of this housewife’s dream as penis envy. It was the expression of her own need for mature self-fulfillment. I told her: ‘I can’t analyze this dream away. You must do something about it.’” (122)

Friedan places the ultimate blame for the perpetuation of the feminine mystique not on the psychoanalysts and therapists but on the mass media and “popularizers and translators of Freudian thought into the colleges and universities”. Reductive Freudianism, prescriptively applied as an ideal, permeated the American consciousness and kept women stuck in rigid gender roles despite the recent gains made on behalf of their rights and freedoms. Ordinary women, even those inwardly seething against these culturally-imposed restrictions, retained such reverence for the “science” at the root of their serfdom that they could mount no meaningful rebuttal. (124–125)

As I concluded in my review of the previous chapter, those in power have an obligation to constantly self-evaluate and ensure that they are doing all they can to equalize the disenfranchised. Conventional wisdom is often our enemy in this endeavor, so we must give careful consideration to whether the assumptions and stereotypes we perpetuate are based on inherent characteristics or simply on cultural expectations. Maintaining intellectual honesty in this regard may surprise us.

I mean, maybe women like gooey, romantic movies because we keep telling them they’re supposed to.