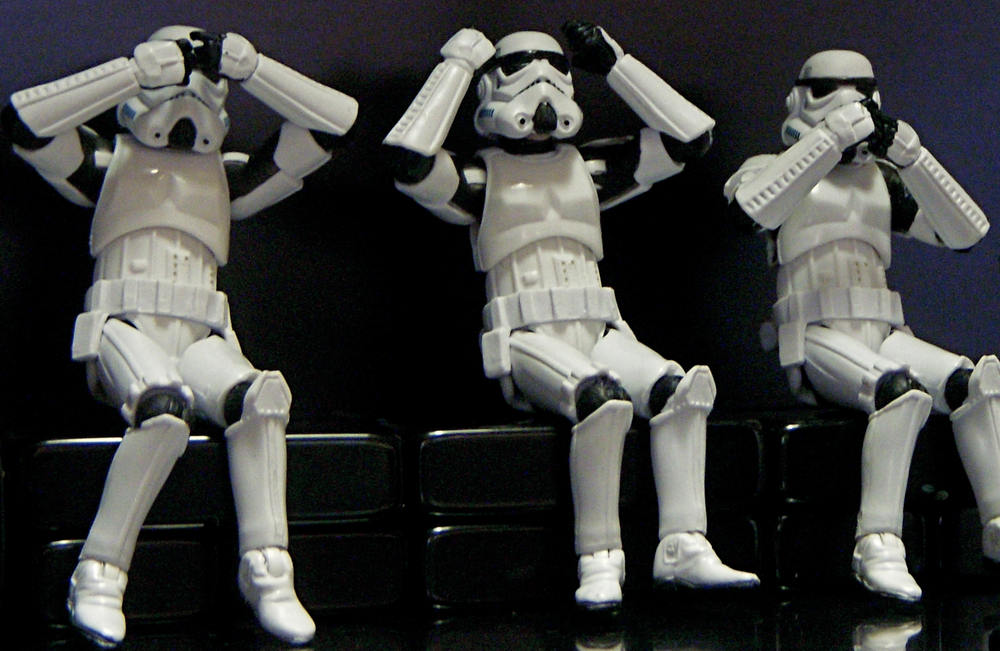 ♀ A Babel Fish For My Oppressing Ears

Note:If you visited the site early enough on Thursday you probably read a different version of this post with a different title and a different message. Shortly after I published that original post, a friend pointed out to me its inherently oppressive tone, and the resulting conversation persuaded me that it needed to be rewritten. If you read the original post and felt offended, hurt, or marginalized because of it, I am very sorry and apologize.

Last week several of my feminist friends and inspirations were batting around the “p” word online. No, not that “p” word. Or that one.

“Privilege”, okay? That’s the one I’m talking about.

First Suzannah Paul critiqued the privilege of the Emergent Church, then Krista Dalton questioned our collective ability to engage in reasoned debate without resorting to the “p” word. (Krista later linked to this article by Amaryah Shaye Armstrong about retiring “privilege” from our vocabulary entirely.) Rachel Held Evans, typically, wrote the response I thought was the best, about exercising grace toward people of privilege (in moderation).

Some of these thoughts resulted in mildly-heated debates in the halfway-behind-the-scenes of Twitter, but it all seemed to wind down into hugs and affirmations eventually. Watching it all (mostly) from the sidelines, I interpreted the fervor as a sign that everyone really does want the truth(s) about privilege and oppression in our culture to be foremost. Some, though, also worry about packaging the truth in the form most likely to be palatable to the privileged while others think the onus should be on the privileged to accept the truth without being coddled.

For the uninitiated, which I think—and hope—some of you are, “privilege” in the lexicon of the activist community means sort of what it sounds like it means. While in everday language “privilege” can refer to an earned status or ability—“a license to drive is a privilege” was one of the favorites when I was in high school—those engaged in the long war against kyriarchy mean it in the sense of an unearned advantage bestowed by an accident of birth or environment (race, gender, sexuality, ability, etc.) and rarely chosen or achieved (social or economic status, religion).

Whatever the word, though, the point is that some people have it harder than others through no fault of their own. Life in our culture is easier, for example, if you are white not black, straight not gay, or male not female. You might not agree with this statement, and arguing about it goes beyond the scope of this post. But since this is a feminist website, I’ll give three examples of how women in particular lack “privilege” in our society:

Few people would probably dispute any or much of the above. “Privilege”, then—or in this specific case, “male privilege”—is the shorthand feminists use to sum up these and many other facts about the advantage men have over women. Not uncommonly, feminists and other types of equality-seekers will tell less enlightened people, “You need to check your privilege”, in response to a statement or action perceived to be discriminatory, bigoted, or oppressive. As confrontational as this sounds, the speaker usually intends to educate and elevate, not condemn; the statement is supposed to communicate not, “You are sexist/racist/ableist”, but “What you did/said was sexist/racist/ableist, and you should think about how your innate advantage led you to behave insensitively.”

Unfortunately, “Check your privilege” sounds more confrontational than it is, and, lacking the necessary context for interpreting it, non-insiders tend to just hear “You’re a bad person.” Knowing they are not “bad” people, they then feel free to dismiss the sentiment and the speaker. Activists tend to perceive this as willfully obtuse, because to them, privilege is neutral; only behavior is good or bad. But, in U.S. vernacular at least, “privilege” carries the baggage of the Revolutionary War, when (in our own mythos) ordinary, common folk threw off the tyranny of privileged aristocrats and founded a society based on equality. Telling someone they have privilege conjures vague images of undeserving fat cats and threatens to dispel the deep-seated American belief that everything we have or achieve results from our own merit and hard work. I sympathize with people who don’t like the word; it is fighting an uphill battle against deep-seated cultural values and a plain understanding of its definition orthogonally opposed to the meaning with which activists have imbued it.

Still, as a member of nearly every power group in our culture—male, white, comparatively weatlthy, cisgender, straight, educated—the wealth of meaning at the heart of the word “privilege” applies to me and many of the people I know. As someone who considers myself a feminist and an ally of women, I have to be willing to hear that word—and other potentially uncomfortable things—said about myself and my peers from time to time without getting angry or storming off the playing field. Bristle though I may (and do) when someone calls me privileged, I must insert a virtual Babel fish into my ears and realize the speaker is only trying to remind me that I have no idea what it feels like to be oppressed.