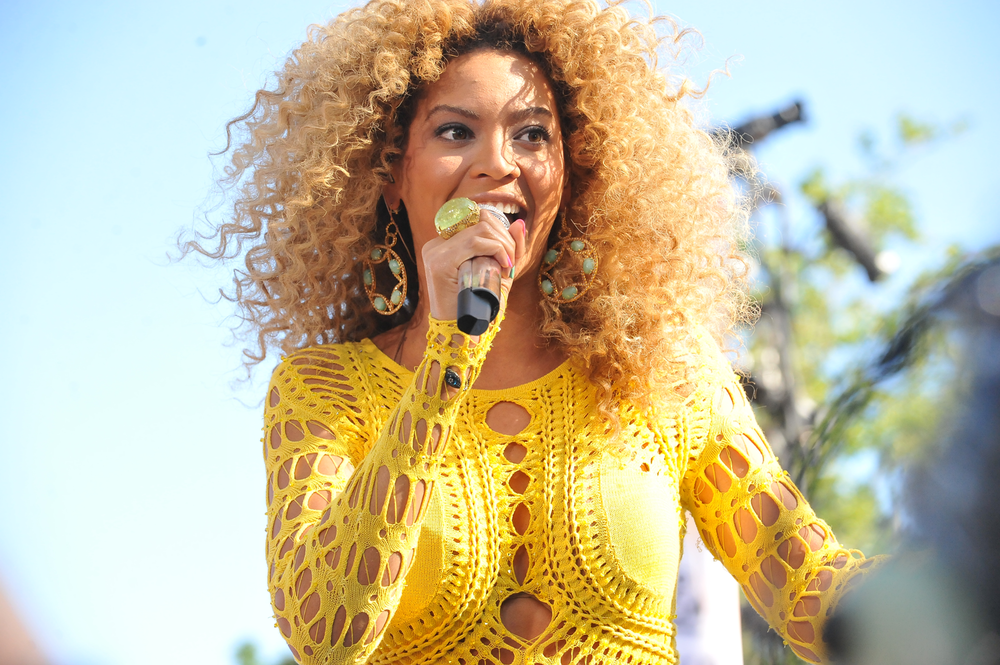 Every February is Sex Month at my church. Scott Barger, my pastor preaches about sex every Sunday in February because—along with money, which he preaches about every January—sex both forms a core component of our existence and produces frequent strife in marriage. These series rarely fail to entertain and instruct, and this past Sunday (the first of the month) did not disappoint—except in one respect. I noticed throughout the sermon that Scott kept referencing stereotypes about women that erased their sexual desire from the picture.

You’ve probably heard the sort of thing I mean: “Men, I know you’re wondering if this means your wife has to have sex with you.” Or, conversely, “If a woman has to get sloppy drunk to want to hook up, sex must be more than just a fun activity.” These tropes are pretty common in our culture: men want to have sex much more frequently than women, and women never enjoy sex for the activity itself or the good physical sensations it produces. To be fair, I think Scott was just being a little mentally careless, making statements from his own perspective instead of a more universal one. Usually he is quite an egalitarian fellow; he has in the past asked women on stage to talk about female sexuality during Sex Month, and I’ve heard him say that in the majority of counseling sessions he’s had with married people the wife wants sex more frequently than the husband, not vice versa.

The notion dies hard in our culture, though, that women want intimacy as opposed to sex, that sex is something women “give up” in exchange for deeper relationship rather than something they participate in gladly, and that sex within marriage is a chore they grudgingly perform only when they must.

But the image of women as essentially asexual is actually a fairly new idea. In the Middle Ages, women were thought to be so overly sexual as to be virtually incapable of controlling themselves and to therefore require strict discipline in order protect society from the pernicious effects of their libidos. In contrast to the assumptions of today, when we consider men the oversexed ones who pressure and coerce women into premature sexual intimacy, the Church of the Dark Ages taught that men were holy and spiritual, while women were earthly and carnal. Men who wanted to live righteously had to guard against the lure of the vile temptress that was all womankind. Sound familiar, in a backward kind of way?

You can imagine how the story of The Fall, in Genesis 3, would inform this belief, casting the woman in the role of the weak-willed original sinner who then tempts the man into sinning along with her. Referencing the Creation/Fall Story has always worked to a nearly magical degree in persuading credulous laity with a flawed hermeneutic—or, as in the Dark Ages, a nonexistent hermeneutic—that a particular assertion must be true at a fundamental, unshakeable level. If it says so in Genesis 3, then women must at their core be hopelessly driven by their own sinful passions.1

The millenia-old but still-prevalent practice of female genital mutilation justifies itself with this same appeal to the essentially corrupting, uncontrollable female sexuality, carrying it even further by asserting that female sexual desire poses such a danger to society that it must be literally cut out of each individual woman. While some attribute the practice to Islam, in reality it not only reaches further back in history but runs counter to Mohammed’s actual teachings:

The journalist Geraldine Brooks points out in Nine Parts of Desire, her study of women in Islam, that “the lessening of women’s sexual pleasure directly contradicts the teaching of Mohammed.” Islam held, and still holds, according to Brooks, that “almighty God created sexual desires in ten parts; then he gave nine parts to women and one to men.” (Wolf, Naomi, Promiscuities. Random House, Inc., New York, New York, 1997, p. 189)

Of course, it’s easy to see how denying female sexual desire benefits patriarchal societies, possibly explaining the ascension of the phenomenon. To begin with, it reinforces the implicit or explicit concept of women as second-class humans, lacking one of the fundamental components of humanity. It also makes women passive, not active, removing their agency, which poses a terrible threat to patriarchy. The disparity between male and female sexual desire serves to excuse men’s sexual infidelity—since they possess such virtually undeniable sexual urges—while demonizing infidelity in women, who, lacking the excuse of overwhelming desire can thus be assumed to engage in adultery purely from faithlessness or a desire to cause grief to their husbands. Most importantly, acknowledging female desire opens the door for women to control their own sexuality, and women must be permitted no control over any aspect of their own beings if men are to continue as uncontested rulers.

In some ways, we are still shaking off the effects of the Victorian era, when the erasure of female sexual desire reached its zenith.2 So subconsciously determined were medical professionals of the day to avoid any acknowledgement of female sexuality that they not only invented a medical condition—hysteria—to explain the symptoms of sexual deprivation but also performed what in hindsight was obviously doctor-prescribed and doctor-administered masturbation.3 Not coincidentally, the sexual mores of the time waxed prudish beyond the dreams of all but the most conservative today, and as a result the United States in particular retains sexual ethics that blend prurience and shame to a bizarre and fascinating degree.

Last week I described how slut shaming condemns women for exhibiting nearly any amount of sexuality or sexual agency outside of marriage. I think this concept of women as asexual at least partially explains the origins and persistence of slut-shaming attitudes. Many of our current social scripts assume women’s sexual desire to be low or absent and cast women in a responsive, reactive role within sexual relationships. Consider, for example, how strongly the social convention of men as the initiators of romantic relationships lingers. We still view sexual roles through the lens of this erroneous belief, and we don’t know how to categorize a woman who subverts expectations by displaying control over her own sexuality without labeling her promiscuous.

Toward the end of his sermon on Sunday, Scott told the story of how he learned the term “walk of shame” in college. It naturally involved a woman, her hair and clothes in disarray, passing late at night by a group of men, who assumed that she had just come from a sexual assignation. I say “naturally” because you almost never hear this expression used about a man. Male sexual desire is seen as normal; female sexual desire, on the other hand, is aberrant, and therefore shameful. An unmarried woman who has had sex should feel ashamed because she has done what is unnatural to her—without the justification of obliging a husband who rightfully expects sexual satisfaction.

For the record, modern research continues to find more and more conclusively that women have plenty of sexual desire. Women want sex—not just for the warm fuzzy emotions involved, but for the actual experience itself. Why shouldn’t they? God created them from the same material as men, and breathed the same life into them. To return to one of Scott’s illustrations from Sunday, maybe the reason husbands proverbially experience so much difficulty arousing their wives has nothing to do with an absence of female desire. If wives see sex as a chore, maybe their husbands just aren’t doing it right.